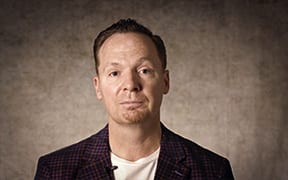 We’re proud to introduce Discover Rhode Island’s Jewelry Expert, David Audette of MRT Jewelers.  David will be writing a monthly column talking about different trends and answering questions about Jewelry.  But first, we’ve asked him to talk a bit about the history of MRT Jewelers.  Here’s what he had to say:

“MRT jewelers has a very long, very storied history. In the state of Rhode Island, we’ve been in continuous operation since 1918, which is a tremendous feat. The business started in, , a fairly, , humble fashion as many did back then, as a smaller repair shop, do anything type of jewelry store, with primarily services being provided, and obviously, some retail, the business, , continued to grow and operate in downtown Providence for for many, many years, when my father bought into the business with a partner in 1972. It was then that my very young father at the time, decided to put a little more emphasis on the retail services and less of the wholesale services, which were, by and large, the biggest part of the business at the time, that’s when MRT begin to acquire a little bit of a cult following. The problem was, is that they were located in a jeweler’s building on the third floor with limed visibility, and limited parking and that did, curtail somewhat the amount of traffic that they could produce from the public. Also, during the early 90s, downtown Providence had its issues with regard to crime and so on, and so forth. So that’s when he really decided to make a bold move and move to East Providence, Rhode Island in a larger facility. With parking, visibility, easy access on and off the highway. And that’s when MRT really started to become a major, major player in the retail fine jewelry segment in Rhode Island.”

“So our following now continued to grow, just by way of visibility and ease of access to our store. What my father was genius at doing was continuing the culture that had already been there, that wholesale culture and that service culture that put MRT jewelers on the map. For the first 50 years, my father wove that into the fabric of the new MRT that catered predominantly to the retail customer. I saw that all occurring while I was pursuing a different career but decided that this was too good an opportunity to pass up. And I could see that my father was actually acquiring more business than he could handle, quite frankly. So that’s when I moved move into the industry. That was in the late 90s, I decided that I would go all in in the family business and help him grow what was already becoming an extremely successful business. I also saw that the competition primarily mall stores or chain stores or box stores, were really missing the ball. They weren’t coming from a service industry, but rather a pure retail industry. And their mindset was such and they couldn’t break out of it. At the time, we were advertising custom design. And that word wasn’t even used at the time. Today, everything is custom.  Eighty percent of what we do in our stores is custom and other jewelry stores that are similar to us, although there are very few, are experiencing those same numbers.”

“But we were one of the first in Rhode Island to go that route. custom design was part of our fabric was part of our DNA. And I produced more and more custom designs. Not only for our clientele, but also for the store. You could come into the jewelry store to purchase a gift and see an MRT original in the showcase. And at the time, very, very, very few stores, whether they were independent mall stores or box stores, were doing that or even capable of doing it.”