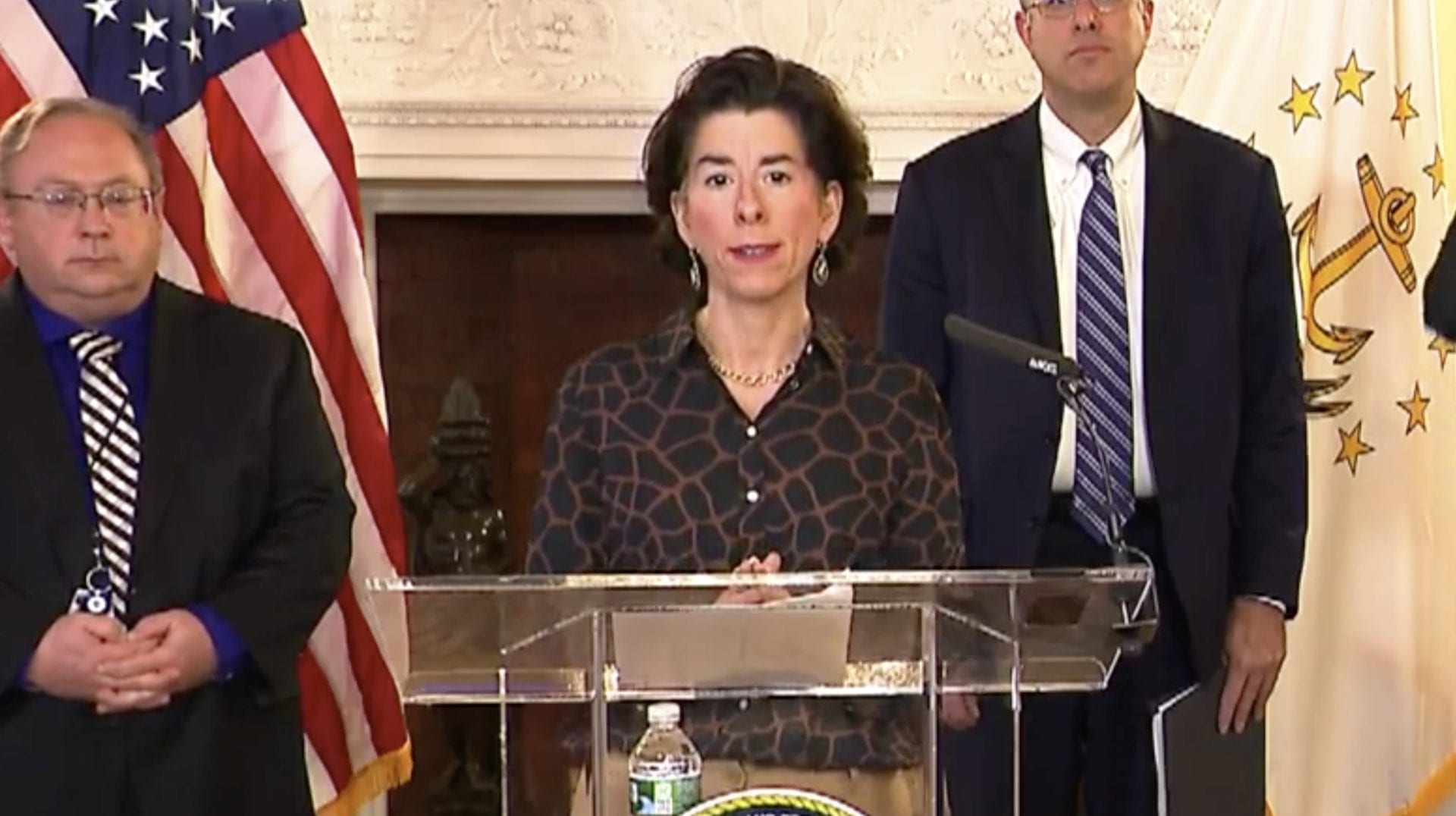 Rhode Island Governor  Gina Raimondo announced at Monday’s News Conference that schools will be closed for all of April because of the coronavirus. and is continuing to promote distance learning, at least until May 1st.

She said that there was an increase in cases of 114 with the total now a 408.   There was also another death in Rhode Island, bringing that total to 4.  That death was of a male in his seventies. Hospitalizations also increased by six, from 35 to 41.

“We believe we’re in a fast spread of the virus at this point in Rhode Island, In the coming days I am going to be giving some tough news I predict about the rate of increase in these cases,” she said.

She added “We’re in this for at least another month”